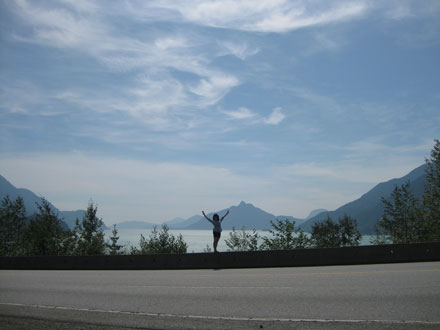 I recently finished reading both Zen and The Art of Motorcycle Maintenance by Robert Pirsig and The Dharma Bums by Jack Kerouac (which is far superior to On the Road, by the way).

Zen and the Art of Motorcycle Maintenance completely blew my mind. Without giving too much away, it’s a great travel story (including some time in the mountains) with a crash course in philosophy expertly woven in. A lot of it is philosophy of science, and although it was written in 1974, the reflections on technology’s place in society are still very relevant.

The book’s central philosophical dilemma is the conflict between the “Classical” and “Romantic” (think logic vs. emotion, science vs. art) schools of thought. Like the narrator, I’ve wondered why the two can’t be reconciled, as I can’t easily place myself in one category or the other. One of the reasons I love web dev and design is that it allows me to be both logical and creative. And this is just one of many things I personally identified with.

I had a similar experience with Dharma Bums, and the more Kerouac I read, the more I dig his worldview. Again, the book seeks reconciliation between disparate lifestyles, but this time it’s Beat culture and Buddhism. Most of the Buddhism was new to me, but the characters are approaching it from their western background, so it’s quite accessible. Like Zen and much of Kerouac’s other works, there’s lots of traveling, and my favourite parts of Dharma Bums are Ray’s journeys into the mountains and the insights he has there.

Which brings me to what got me thinking about writing this in the first place. All this reading about climbing mountains sort of makes me want to go do it myself. Add it to my to do list…

(photo: tiny me and mountains just waiting to be climbed, somewhere in BC, west coast roadie in summer 2009)